The “King of Instagram” and self-proclaimed poker player Dan Bilzerian, best known for posting pictures of himself surrounded by barely clothed models to his 22.6 million followers claims he’s entered the first monogamous relationship in his life – evidently, his partner is young model, 22-year-old Sofia Bevarly. 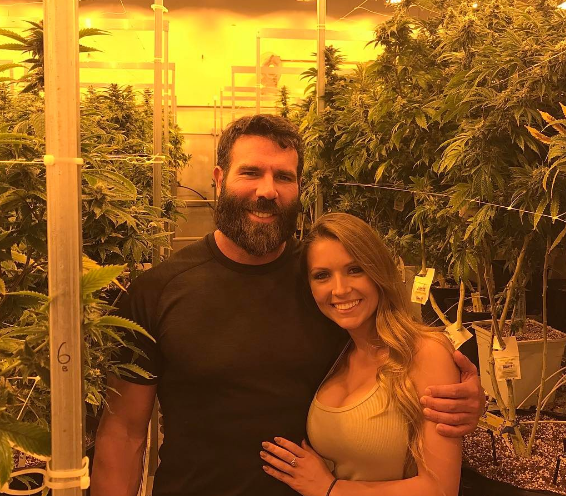 The 36-year-old internet playboy told Square Mile Magazine last month about his relationship with the young lady he’s happily posing with in a cannabis farm in Denver, CO:

“Yeah. Got a girlfriend. First time. Well, I had a girlfriend before, but I was still fucking other girls.” He also talked about the way the couple met for the first time: “I think I fucked like three girls before her that day. We just started hanging out… She’s a little different, you know? She’s smart, she’s cool, and she liked a lot of the shit I like. So here we are.”

There does seem to be a decrease in almost naked group photos of models and Bilzerian on his Instagram page, so that may be a sign of the sincerity of the romance.

Bilzerian hasn’t turned serious about his poker career yet though, despite his claim that that’s how he made his fortune. The only tournament cash his Hendon Mob Database page lists still comes from the 2009 WSOP. Also, the only public poker we saw him play still  were the times he took over Bill Perkin’s account on Americas Cardroom – until they got banned for multi-accounting.

But that little poker game we saw from Bilzerian got the attention of Doug Polk – he analyzed Bilzerian’s high stakes heads-up game on his YouTube channel. That video is by far the most viewed on Polk’s channel, nearing 1 million hits.